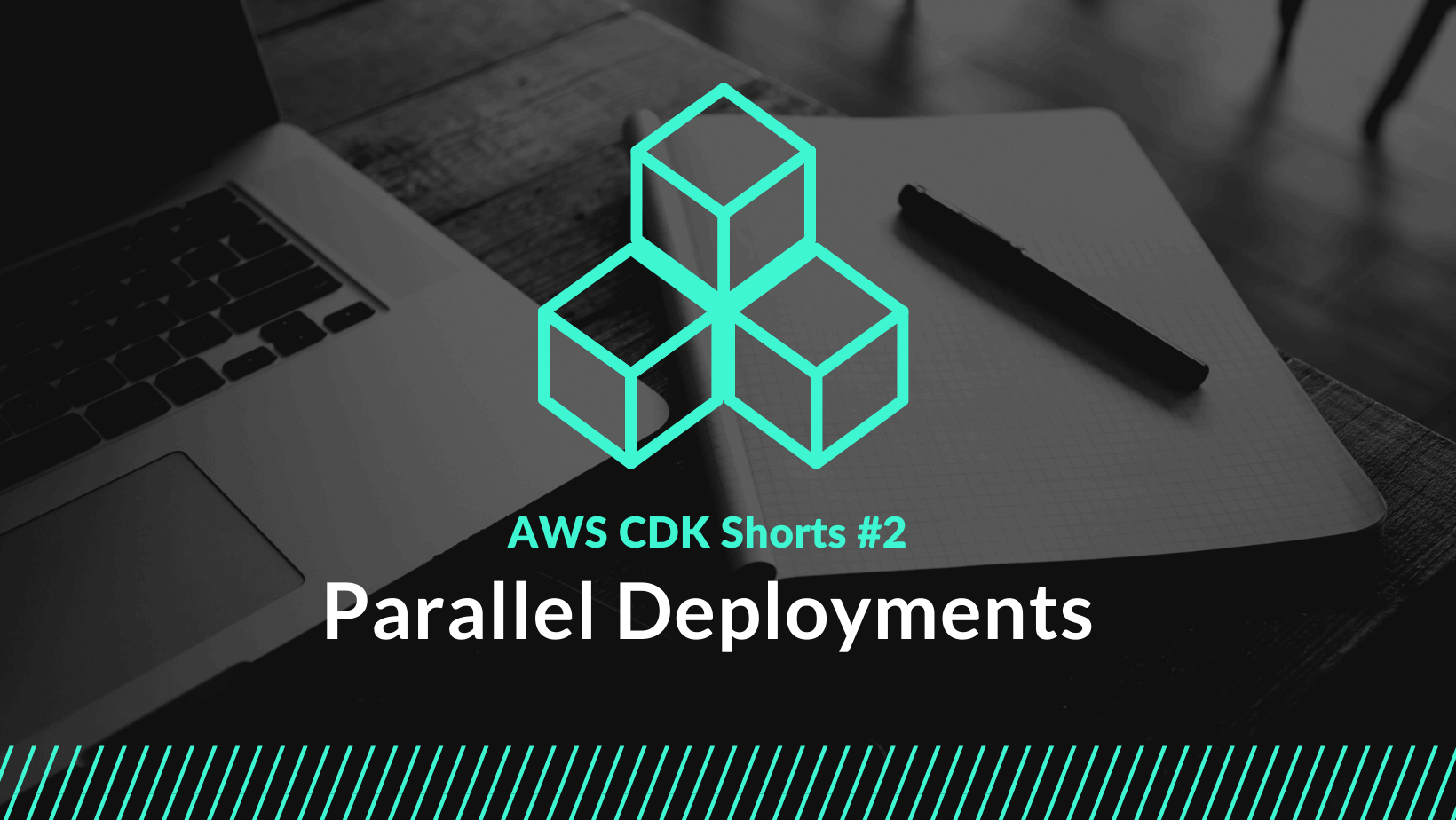 The ability to deploy stacks in parallel is beyond the CDK and CloudFormation scope. It is up to the caller to orchestrate and specify the order of the stack when this granularity is desired.

In this post we show how a basic 3 stack application’s deployment time can be reduced by deploying stacks in parallel where possible. The stacks in question are:

In theory, we could have looped over an array and created as many stacks as we want (ServiceX) but the example is keeping it concrete and simple with only two Service stacks.

The project that is referenced in this post can be found here: https://github.com/rehanvdm/aws-cdk-parallel-deploy

You have to wait a long time when you have a large CDK project that needs to deploy many stacks. The default behaviour of the CDK is to deploy the stacks in synchronous order of dependency when you specify the *, indicating to deploy all. The CDK does a great job to keep track of which stacks are dependent on each other but can not know which stacks can be deployed in parallel.

The deploy * command will deploy the stacks in order of: (theoretical time indicated next to each stack)

So our deployment order needs to change:

This is entirely up to your build/deployment script. In this project we use a GULP file as a build script to make the process platform-agnostic. This is a basic implementation of the fourth method as explained in one of my other blog posts 4 Methods to configure multiple environments in the AWS CDK

It is important to specify the --exclusively true property when deploying the ServiceX stacks so that they don’t both try to deploy the Infrastructure stack at the same time.

This is required when we run the deploy command in parallel. We are specifying which stacks to deploy (--exclusively true), but the CDK will rebuild the cloud assemblies for the whole project everytime. This creates a race conditions and wastes a lot of compute resources. It is thus better to only do this step once and then pass it down as an artifact to the rest of the deployments which only deploy thier exclusive stacks.

Putting it all together:

This is what it looks like in my GULP deploy script:

Section of the GULP deploy config file, complete file can be found here

CDK stacks can be deployed in parallel by generating a cloud assembly output and then specifying the order explicitly.

The project that is referenced in this post can be found here: https://github.com/rehanvdm/aws-cdk-parallel-deploy